After a long, long journey, I made it to the Amazon!  And what a trip indeed. Friday, I left Lima, a little sad to leave behind all my new friends but also excited to see what was in store for me elsewhere. After an all night bus, I found myself in Chiclayo, an old city on  the northern coast of Peru. Like Lima, it sits in the desert, with sand blowing in the wind and the mountains standing in the background.

Chiclayo was pretty neat! I went to an awesome museum showcasing the remains of the tombs of Sipan, an ancient civilization on the Peruvian coast that predates the Incas. Interestingly, these people built pyramids and worshipped gods that were mixed of animals and men, which reminded me a bit of ancient Egyptian society. Nonetheless, the artifacts they had at this museum were superb, some of the most well preserved and intricately designed ancient objects I think I’ve ever seen.  The museum doesn’t allow taking photos on the inside, but let’s you take them outside, which is designed to look like one of the ancient Sipan pyramid buildings:

After this, I headed back to my room, rested a bit, and got the details for the rest of my journey. Then I ran into Eduardo and company, a group of college students who all befriended me and shared dinner with me. We then quickly saw the center of Chiclayo, and made plans to meet up when I return.

At 10:00 pm, I got on another bus. This one went from Chiclayo, over the Andes, to Bagua.  Six hours of turning around mountainsides, sloping down declines, and stop and go traffic through tigh impasses, I safely made it to Bagua at 4:00 am.  Then, I hopped into a van to Nieva, a five hour trip through Amazonian mountain ranges, zipping through the jungle and over the hills about 5x the speed limit.
Although a bit harrowing, the trip from Bagua to Nieva was stunning. The Amazon rainforest is beautiful, lush, teeming with life in every nook and cranny. It has a smell unlike any other – a strange mix of tree wood, water, soil, and something musky. Thankfully, I made it to Santa Maria de Nieva safely without any hiccups.

This is Santa Maria de Nieva, or Nieva for short. A small region in the northern Peruvian Amazon, the town of Nieva serves as the capital of the district of Nieva.  Now this city is unlike anything I’ve ever seen. The vegetation just seeps through anything man made, little mototaxis provide local transportation, and river travel is pretty much the only way to get to other towns.  I met up with my hosts here, got settled in, and took a tour of the city, which at one point included a boat taxi to the other side of the river to meet some locals there.

I am excited to be here and to check out the local culture, cuisine, and health. From brief interactions with people from here, it seems like the vast majority of infirmities are communicable diseases, STDs, and nutrition problems. Tomorrow I will meet with some locals at the hospital which serves the whole region and go from there! 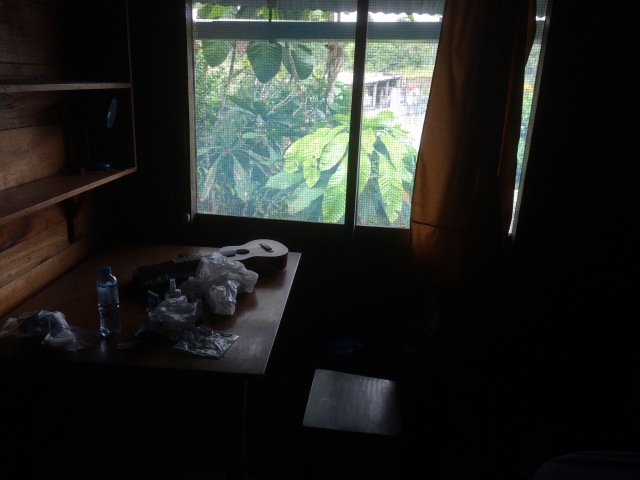 One thought on “Bienvenidos a la Selva”