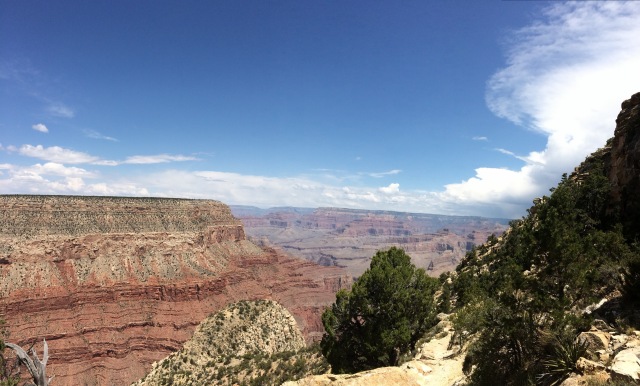 Well, after backpacking for four days in the Grand Canyon, I think I can say that it is huge, enormous, gigantic, and bigger than most people can even fathom.  It is also amazing, a beautiful geological structure filled with life that has adapted to the harsh terrain and dry desert climate.
On day 1, we met our guide from Just Roughin’ It (an amazing company for this stuff, highly recommend) and packed our big backpacks with tents, sleeping bags, snacks, clothes, and water, in all totaling about 35-40 pounds. We then started down Hermit Trail, an unmaintained path that was named after a hermit who used to use it. It was rough and tough, very rocky and very steep. We had to traverse rock slides and cliff faces, walk down switchbacks and boulders, and avoid cactuses and unstable rocks. It was hard but loads of fun, and the views got better and better. 8 miles later, sore and exhausted, we made it to our camp at Hermit Creek. 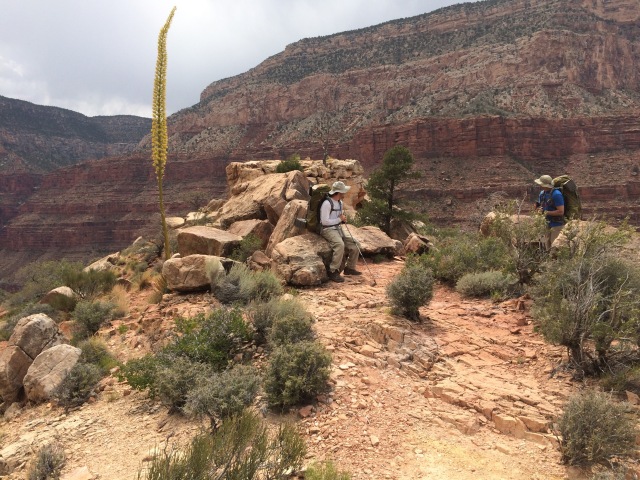 On day 2, we woke up with the sun at about 5 am, ate breakfast, took down our tents, and headed out. We hiked up onto the Tonto trail for about 6 miles, passing over a plateau region in the inner canyon. The vast spaces revealed breathtaking vistas and the enormous size of the canyon. We passed by Monument, a big hoodoo standing below a canyon drainage point before scrambling down to Granite Rapids, our campsite on the Colorado River. We made it! After two days and 14 miles, we got to the bottom of the Grand Canyon, and we couldn’t see the top from the bottom. We relaxed at this sandy campsite, watching rafters pass over the whitewater rapids and playing cards while the sunset. 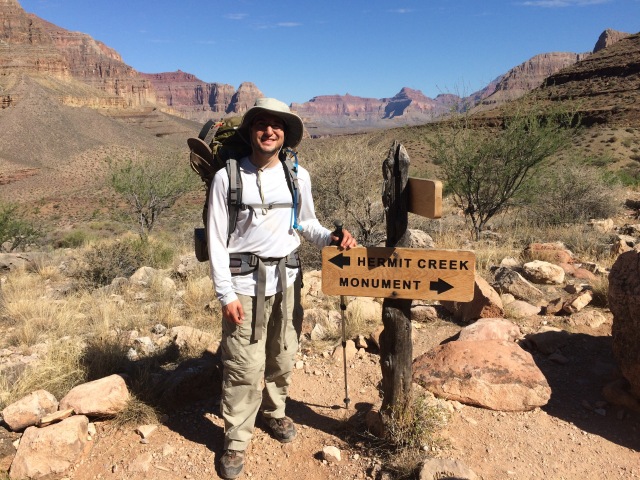 Day 3: the Inferno. Another early start before we hiked 9 miles over more canyon plateau. Still on the Tonto, we passed through a section with almost no shade deep in the canyon. It was hot, but we had enough water and snacks to keep us going. And again, the views were spectacular. By this time, we only saw two or three people with us on the trails. These sections are both remote and solitary, away from the people and beholden by few human eyes. Seven hours later, we got to Horn Creek, a dry campsite we had to bring water too. Here I reveled about how far I’ve come, how close the end is, and how amazing the trip had been. 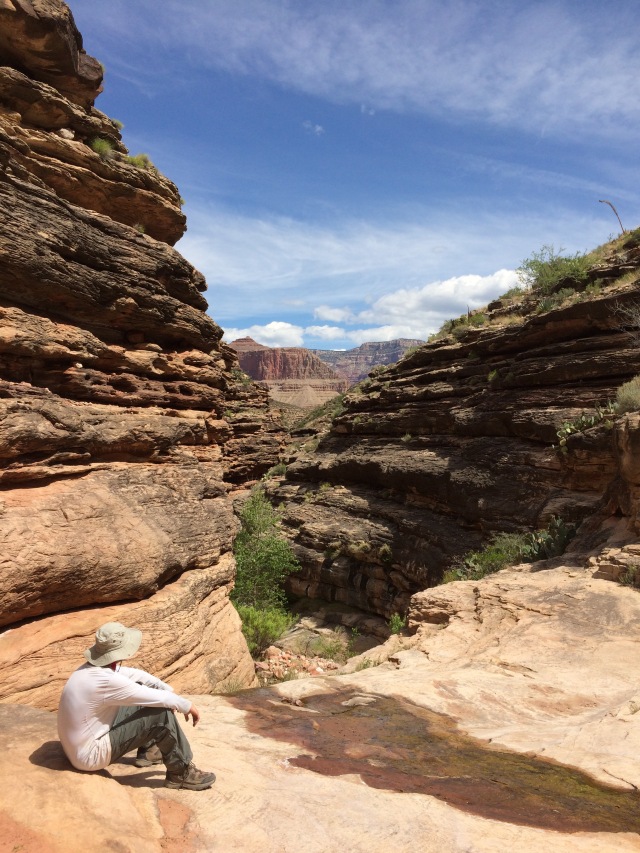 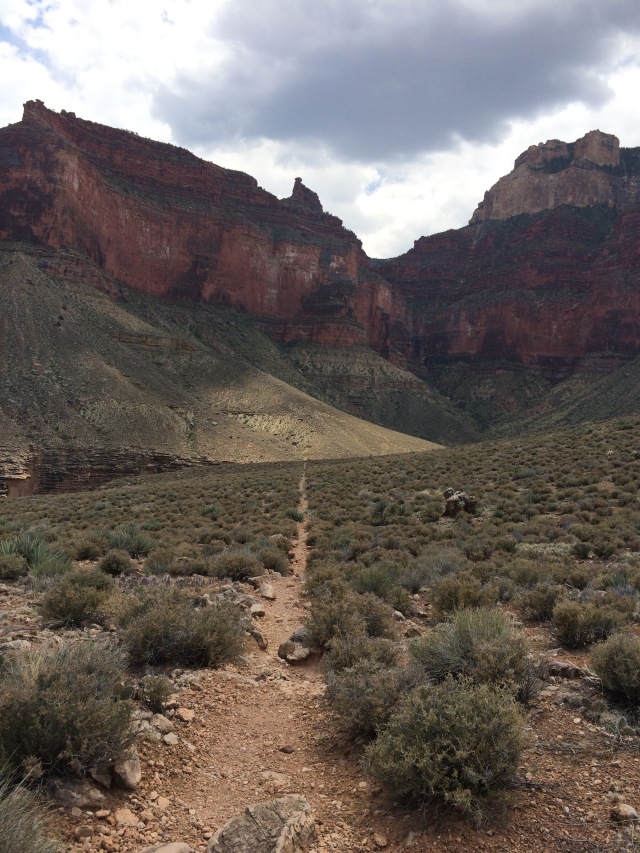 And then came day 4, our last day up the infamous Bright Angel Trail. This trail was easy compared to what we had been on, since it was wide and well maintained. But, it was uphill, with big steps and lots of switchbacks. It was also very crowded, full of experienced hikers and many more casual tourists trying to get closer to the Grand Canyon. 6.5 miles of uphill requires stamina and endurance, and after about 5 hours, we took our last step out of this amazing canyon!

I did it. I can say that I’ve hiked the Grand Canyon! This was an incredible trip that pushed me physically and mentally but was incredibly rewarding! I am sore, but it is hard not to think about all the incredible things I saw and did for four days in the Grand Canyon. I took a lot of pictures so here are a few more, and for now, I’ll rest and recover from this knee knocking trek! 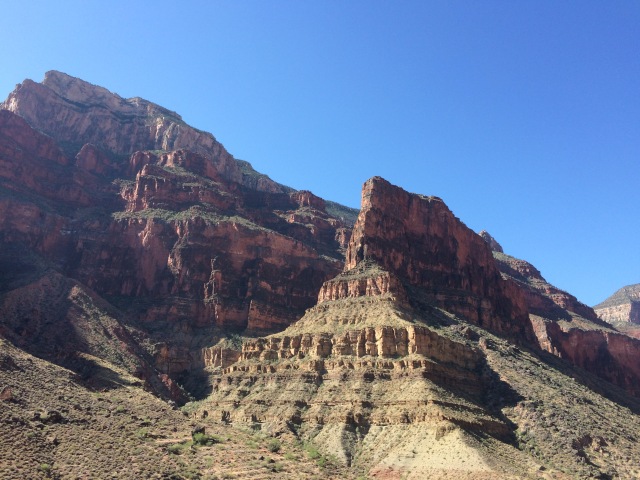 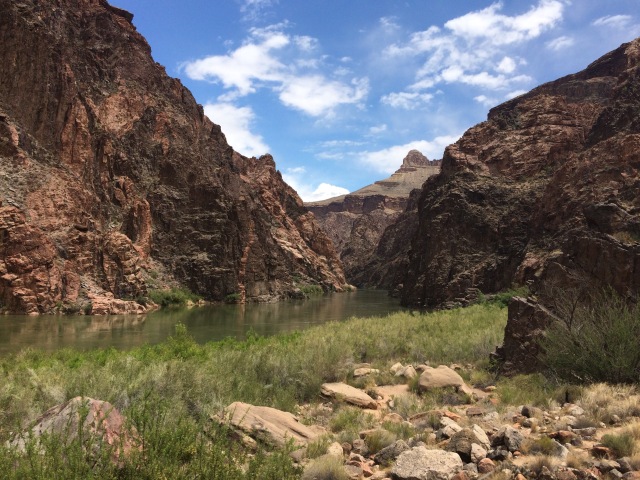 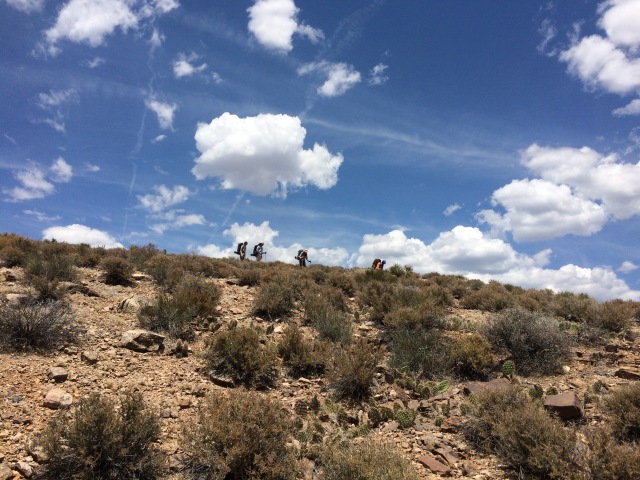