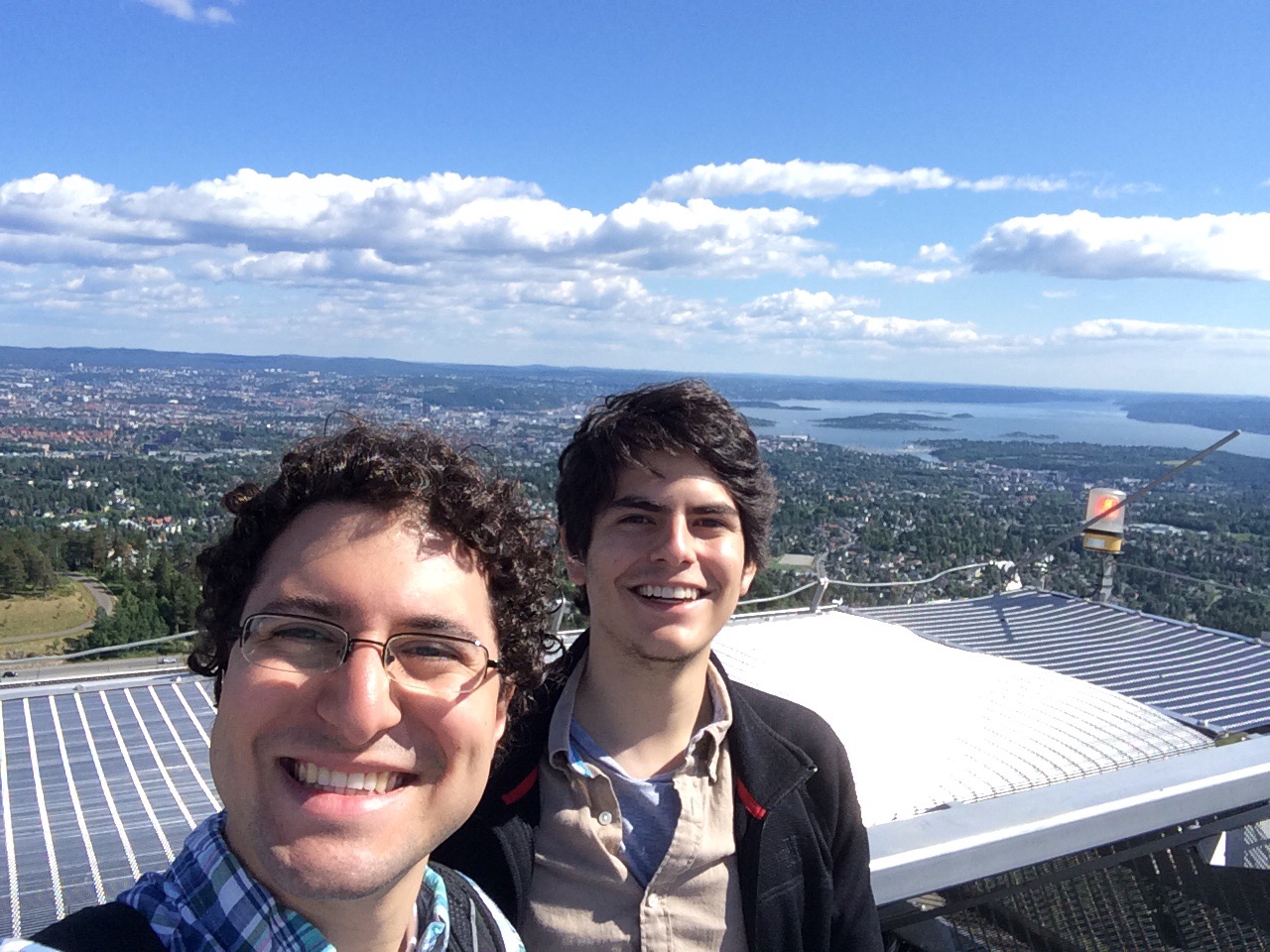 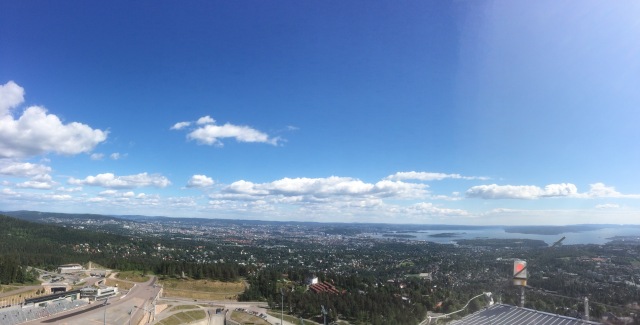 Three days ago, my friend René and I arrived in Oslo, Norway. We planned a trip to Scandinavia last minute and after buying plane tickets, booking rooms, and managing our vacation time, René and I found ourselves in this cool region of Northern Europe.

We soon got settled and bought these Oslo Passes which got us unlimited transportation in the city and admission to a bunch of museums and attractions. We had an awesome time exploring the city! Oslo is compact, very walkable, and the weather was great, so we got to go all over exploring the history and culture of Norway. On the first day, we explored the modern opera house, saw Edvard Munch’s famous Scream, went to a contemporary art museum (see below for René reflecting at an interesting modern painting), and stopped by the Nobel Peace Prize museum to see an exhibit on Carl von Ossietzky (a political writer who argued against the Nazi regime in the 1930s).

On our second day, we started off at a huge medieval castle that was the original palace in Oslo. After exploring the old estate, we took a ferry to see two more museums about Norwegian sailors. Apparently, the Norwegians have been amazing sailors, both past and present. We stopped first at the Viking Ship Museum, which had a few of the Vikings’ most well preserved ships on display. The huge ships filled the rooms and were breathtaking! Then, we saw Kon-Tiki, a boat from a 1950s expedition to sail from Peru to the Polynesian islands. Led by a crazy Norwegian academic, they actually spent over 100 days on this thing (see below). 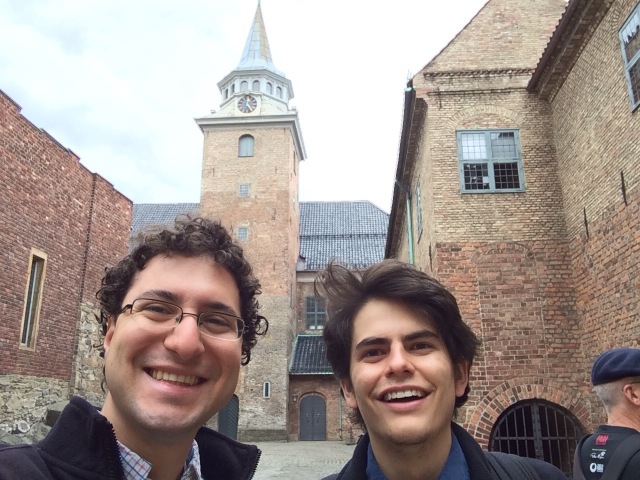 On our third day, we slept in after watching some of the EuroCup games the night before. Then, we went to Frogner Park, a huge public green space near downtown that is home to the Vigeland Installation. In the 1920s and 30s, Norwegian sculptor Gustav Vigeland created over 200 sculptures in bronze and marble that now stand all around the park. Not only are the sculptures everywhere, but they are famous because they are all nude humans, which is a little bizzare but made for a really neat park to explore! Then, we went way outside the city to see the Holmenkollbakken, the giant Norwegian ski jump made for the Winter Olympics. It was huge and we got some amazing views of the city! 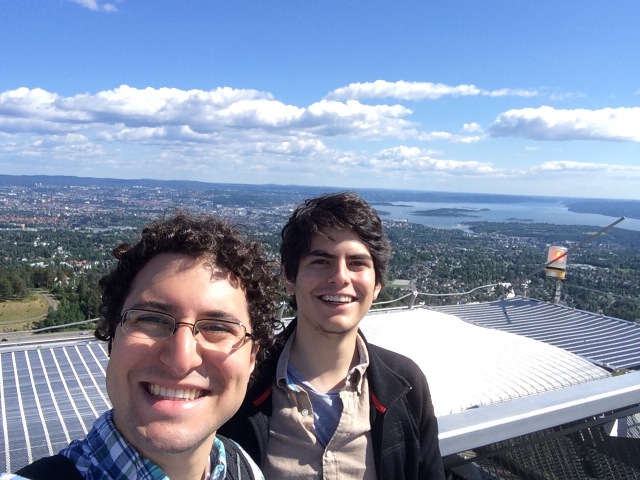 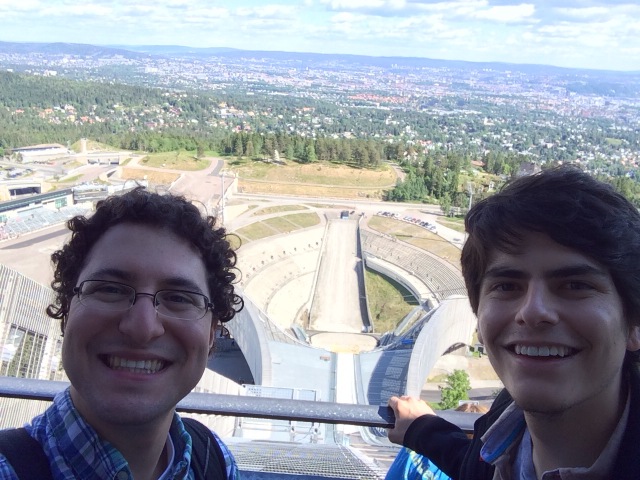 Of course, this blog post wouldn’t be mine if I didn’t talk about food. René and I have enjoyed some delicious fish and shrimp, which are Norwegian staples. Nice lunches and dinners outside (the sun doesn’t set until about 11:30, and rises at 2:30 am!) with a beer or glass of wine and some interesting conversations with a good friend have made this trip one of my favorites! 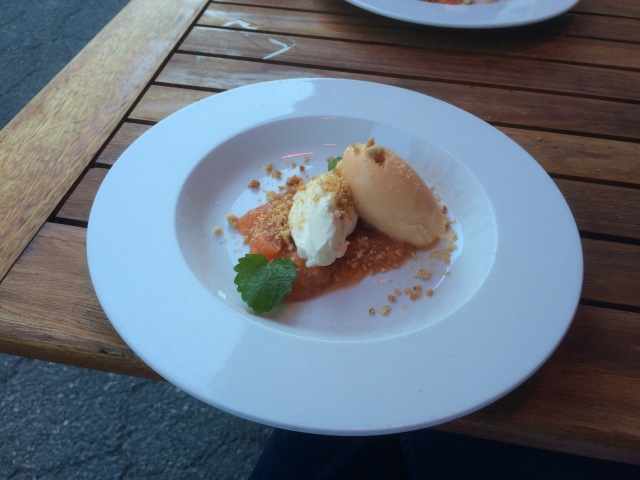